The Art Of Despair 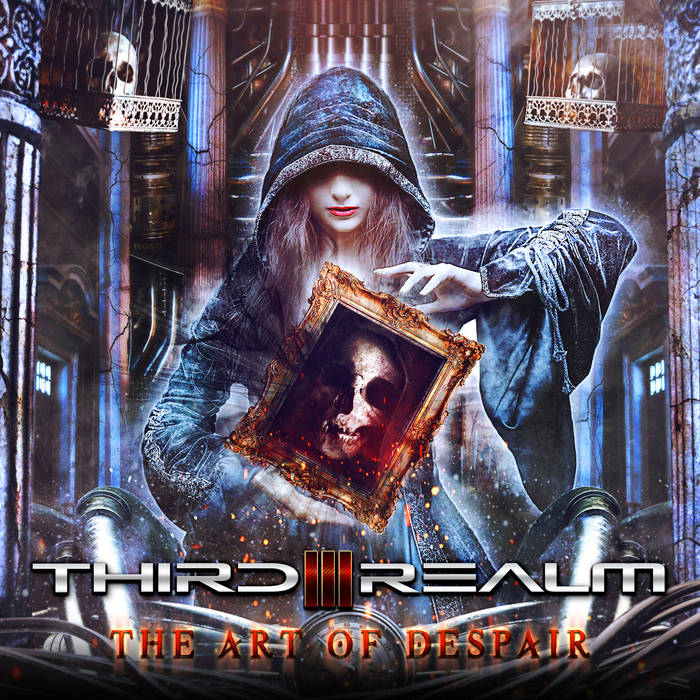 Dear lovers of the night and darkwave fans, the new THIRD REALM album will bring you in a wonderful world of darkness. If you like bands such as MARILYN MANSON, PROJECT PITCHFORK, VNV NATION, BLUTENGEL and AND ONE, you should definitely listen to "The Art Of Despair" by THIRD REALM. Here is partly presented catchy, well produced and inspiring composed darkpop album, which is made for the clubbers, as well as for the melancholic darkwavers!
Founded in 2000, the darkwave project of Nathan Reiner looks back on nearly twenty years of material, and they have already shared the stage with acts such as 3TEETH, HANZEL AND GRETYL, VOLTAIRE, AESTHETIC PERFECTION, PSYCLONE NINE, DAWN OF ASHES, SEABOUND and more. With some EP's, features and remixes, making a name in the dark scene with ten existing studio albums. Last year, "Decadence - The Best Of", released the band's first retrospective. For Nathan Reiner, however, this is no reason to rest, so THIRD REALM has give us a brand new full-length album, "The Art of Despair"!
With feature guest, CHIASM, THIRD REALM initiates their new album the song Bipolar Pop. Powerful drums, driving synthesizer basses, distorted vocals and a club-compatible electronic soundscape builds up in the listening room, which is not only well produced, but also convinces through an interesting and gripping arrangement and its dark soundscape. The second track "Be Myself" opens with "trancey" synth leads, musically rising towards the opener and not only having a genre-typical sound design, but also proving that THIRD REALM manages to bring their music to life through a variety of melodies. The Arpeggio Synthesizer fits in perfectly with the Undead Dancing Night, sometimes you can hear Nathan Reiner use his clear voice, which sounds a bit like hopelessness and a bit reminiscent of the timbre, if not at least reminiscent of Chris Pohl (BLUTENGEL).

"When The Sun Goes Down" and "Banshee" are doing their genre well and are still meant for the clubs with their medium tempo. Partially, the latter sounds a bit like Industrial Rock through the use of omnipresent, but not exaggerated distorted guitars. Nathan Reiner also proves on this album that he is a very capable songwriter and composer. Even songs like the EBM-esque "Garden Of Lust" and the KMFDM reminiscent "Background Of My Mind", showcase guitars and its sound design (minimalist drums included) in a way reminiscent of Sascha Konietzko and his legendary band. With "Who's Really Listening?", it's back to the soundtechnical beginning of the disc and club suitable Electro Goth is presented, which does not miss the previous tracks. The title track "The Art Of Despair" is one of the longer songs, which at first introduce a very marginal and slow build up. The album is completed with amazing remixes by AESTHETIC PERFECTION, PANIC LIFT and SUBLIMINAL CODE!

Bandcamp Daily  your guide to the world of Bandcamp

Featuring Oakland sounds from the Smart Bomb collective and Samplelov.